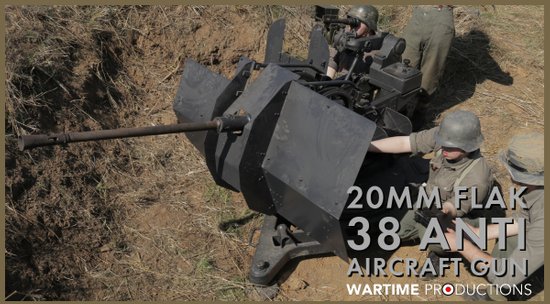 It was not only the primary German light anti-aircraft gun, but by far the most numerously produced German artillery piece throughout the war.

It was also used by the Luftwaffe and the German navy.

Our 20mm Flak 38 Anti Aircraft gun is a full-size original (produced 1938) deactivated weapon. It can be towed into action on its own detachable trailer and mounted on any surface using its adjustable platform legs. The flak gun has also the ability to fire simulated rounds via a professionally built gas-operated firing system which is easily attached to the existing firing mechanism.