In their quest for world domination, the Nazis built some of the biggest and deadliest pieces of military hardware and malevolent technology in history. They created huge terror machines, hi-tech superguns and some of the original weapons of mass destruction in order to control a nation, conquer a continent and win the war.

With total European military supremacy as their driving force, the Germans build defensive bunkers and impenetrable submarine pens. Over six mesmerising episodes, Nazi Megastructures uncovers the hidden remains of Hitler’s most ambitious megastructures, telling the stories of the engineering geniuses who designed them and revealing how these structures sparked a technological revolution that changed warfare forever. Produced by National Geographic.

From the Skies above the Reich to the Burma Death Railway. This series examines the military mind-set, pioneering tactics and state-of-the-art technologies deployed by both sides. Remnants of military hard-wear, defensive megastructures and forgotten relics of war are discovered as experts' journey from the beaches of the Pacific islands to the bunkers of the Reich itself.

Hitler's War in the Skies

As Hitler calls for Total War, every man, woman and child is forced to play their part. The result is one of the greatest air defence systems ever.

With Erwin Rommel at the helm, the Nazis fight the Allies in Tunisia, Libya and Egypt in a brutal campaign that dictates the course of World War II.

Allied spies plant false papers on a corpse in one of the war's boldest ruses. The result? A Sicily attack that took the Nazis by total surprise.

The story of America’s most important battles against the Nazis and the Japanese during World War Two. This series examines the military mind-set, pioneering tactics and state-of-the-art technologies deployed by both sides.  Remnants of military hard-wear, defensive megastructures and forgotten relics of war are discovered as experts journey from the beaches of the Pacific islands to the battlefields of Northern Europe. 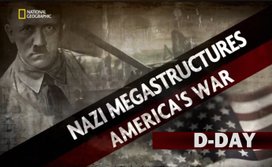 Spring 1944. The strategic intrigue of German generals Rommel and his superior, von Rundstedt, for the ear of Hitler, intensifies as the imminent, massive, allied attack invariably approaches. 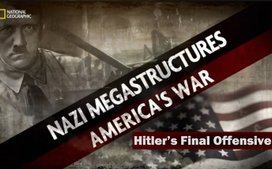 Hitler's final attempt to win the war was a surprise winter attack. What resulted were some of the worst war crimes ever committed against America.

This is the story of Hitler’s war on the Eastern Front – an attempt to liquidate the Russian people and gain living space for his superior Aryan race. It is a conquest that takes the Nazis all the way to the gates of Moscow and back to the heart of Berlin. A war of annihilation that culminates in the collapse of the Third Reich. The series reveals the cunning strategy, defensive megastructures and military technology deployed in this devastating war of brutality between giants. 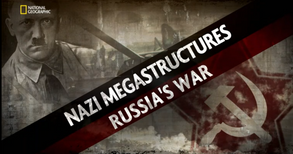 Blitzkrieg in the East

This episode explores the story of Hitler's invasion of Russia and the devastating clash of arms at one of the world's most heavily defended strongholds, Sevastopol 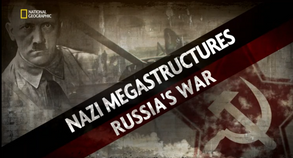 The Nazis face a vast Soviet army bent on revenge, battling for every inch of ground, from the Baltic to the heart of Berlin

This series unveils the engineering secrets of various iconic megastructures that went on to spark a technological revolution, ultimately changing warfare forever. The Nazis built some of the biggest and deadliest pieces of military hardware in history. Adolf Hitler hired men like Wernher von Braun, Ferdinand Porsche and Alfred Krupp to build huge terror machines, high-tech superguns and weapons of mass destruction. 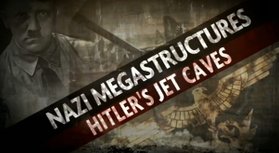 Explore the story behind one of the most advanced aeroplanes of WWII, the Messerschmitt Me 262, and the subterranean bat-cave where it was built.