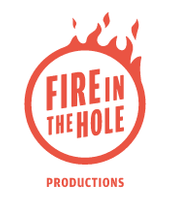 THE POINT OF NO RETURN

The Point of No Return set on the Eastern Front with @wartimeproductions.co.uk by Fire in The Hole Productions "

Disillusioned by the war, weary German Officer Joachim Brandt and his disparate band of soldiers work with two female Russian prisoners to save the life of a wounded man. Jaded by years of loss and war horror, the prisoners want to escape but their aid and knowledge are vital to the other's survival. If they're caught by the Russians, they will be shown no mercy. Will their greater need for compassion and humanity win out?