I'm sure you will all agree both bring their excellent impressions to our network. 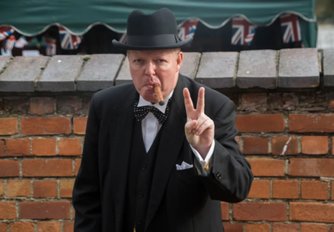 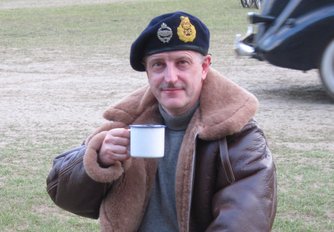 Double-click here to add your own text.

Steve is a character actor in the truest sense of the word, he has played some of the most famous and iconic people from history, Winston Churchill, King Edward VII & Captain Smith of the Titanic, as well as, from the other end of the spectrum Tramps and Scruffy Old Men!!! Steve prefers the medium of TV & Film and you will find him never too far from a film set somewhere…Over the years he has appeared in the BBC’s Dirk Gently, Hustle, Come Fly With Me, Doctors, Clocking Off, and Cold Feet.

Steve's performances as Churchill have received great acclaim over the year's as a Churchill Lookalike and Soundalike Actor. He is second to none

Colin Brooks-Williams is Britain's No1 'Monty' Lookalike and Impersonator and can be seen at many high-profile events nationwide.  He has a specialised knowledge of the life and history of Bernard Law Montgomery, and his War-time 'Double' M.E.Clifton James, and the parts both men played in the D-Day deception plan codenamed : 'Operation Copperhead'.

Historical accuracy and authenticity with 100% attention to detail is key to his professional portrayal. Constant study and research over many years has enabled him to personally recreate Monty's uniforms, clothing and many sets of medal ribbons and actual medals, and to replicate his particular mannerisms and speech patterns.   Colin prides himself on staying 'in character' at all times to give the most precise and sympathetic portrayal possible, which is always done with the greatest respect to the memory of 'Monty'.